AN IDEA THAT LEADED TO AN AMBITIOUS CHALLENGE

The idea was the brainchild of Gardian Glass, a famous manufacturer of high-quality glass windows, which designed this project to demonstrate that, with the right glass, it is possible to achieve the desired comfort regardless of the place we happen to find ourselves. This is why they decided to site the house in the heart of the Gorafe desert, with summer temperatures that can reach 48º C and fall below zero at night. 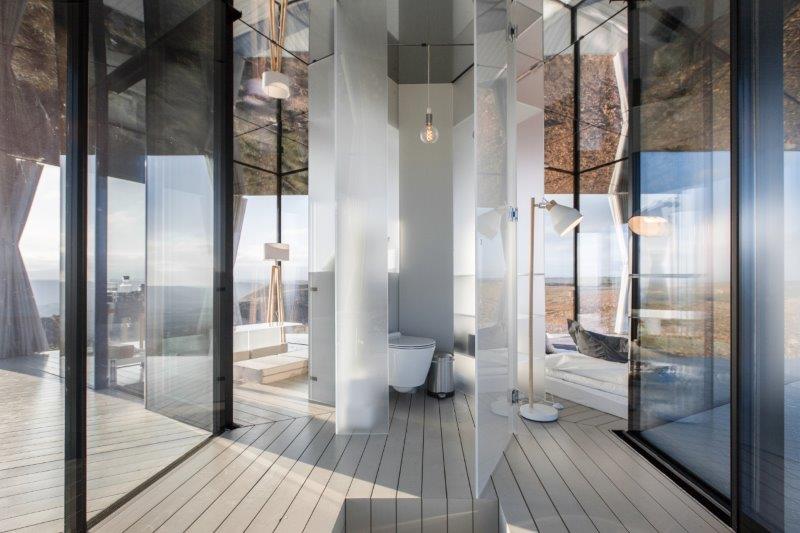 The project was carried out by:

Ofis Arhitekti
An architecture firm founded in 1996 by Rok Oman and Spela Videcnik. Since its foundation, the firm has received a number of prestigious awards and has been widely praised and exhibited internationally. They have appeared at the Venice Biennial and in Beijing.
In 2009, the firm was awarded the IOC/IAKS silver medal for Borisov football stadium and in 2006 it received the European Grand Prix for Innovation award.

Akt II
Civil engineering and structural design firm. Operating from its headquarters in the centre of London, they develop projects in 44 countries worldwide and have won more than 300 prizes for design.

Transsolar
An international HVAC engineering firm whose mission is to create exceptional interior and exterior spaces with a high level of comfort and a positive environmental impact.
They believe that the same dimensions and scales that produce great architecture can at the same time improve people’s life experience and minimise resource use.

“Servicios Gorafe SL has been a beneficiary of the European Regional Development Fund whose objective is to improve the competitiveness of SMEs and thanks to which it has launched an International Digital Marketing Plan with the aim of improving its online positioning in foreign markets during 2020 . For this, it has had the support of the XPANDE DIGITAL Program of the Granada Chamber of Commerce”.

A Way to Make Europe.

Leer más
Necessary Always Enabled
Necessary cookies are absolutely essential for the website to function properly. These cookies guarantee basic functionalities and security features of the website, anonymously.
Functional
Functional cookies help perform certain functionalities, such as sharing website content on social media platforms, collecting comments, and other third-party features.
Performance
Performance cookies are used to understand and analyze the website's key performance indexes, helping to provide a better user experience for visitors.
Analytics
Analytical cookies are used to understand how visitors interact with the website. These cookies help provide information on metrics, the number of visitors, the bounce rate, the source of traffic, etc.
Advertising
Advertising cookies are used to provide visitors with relevant marketing campaigns and advertisements. These cookies track visitors across websites and collect information to provide personalized advertisements.
Other
Other uncategorized cookies are those that are being analyzed and have not yet been classified in a category.
SAVE & ACCEPT